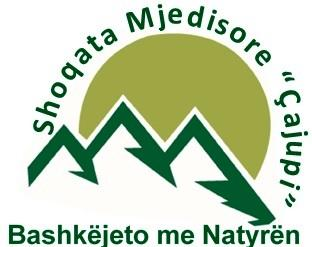 “ÇAJUPI” ENVIRONMENTAL ASSOCIATION
The Environmental Association “ÇAJUPI] was established by the decision of the Court of the Tirana Judicial District No.
2808/1 dt. 18/03/2011, for the exercise of the activity for environmental protection in the southern region of the country, that
includes mainly the territories of the Gjirokastra region. The “ÇAJUPI” Association has been set up as a continuation of
association “MANDI” for environmental assistance in the district of Gjirokastra created on dt. 18/03/2010 me
decision no. 2808, of the same Court, with the same activity “Protection of the Natural Environment” in
Gjirokastra region. The above decisions were amended by decision 2808/2 dated 24.11.2016.
This decision is attached to all documents and applications of the association as an NGO

PURPOSE AND OBJECTIVES
The main purpose of the ÇAJUPI Association is to contribute with concrete and supportive protection activities.
of the natural environment and biodiversity in the southern region of the country. The association will also work on us
direction of lobbying and increasing the capacity of the community of urban and rural residential centers
for the preservation and stability of the ecosystem.
The main objectives of the activity of the Association “ÇAJUPI” are related to the protection of the natural environment and
ecological space of the southern region of the country, where a rich flora and fauna coexist naturally
but also a very kind community with him. The organization will also work on:
Imin Coordination of work with local institutions of the southern region for the prevention of forest fires
and pastures causing environmental disasters, as well as one of the main problems in the area
of the south.
. Evaluate and protect in cooperation with local and central institutions high values
of nature related to water bodies (Vjosa, Drino, Viroi, etc.) and mountain ones;
. To cooperate with other civil society associations in the Gjirokastra area and in
the territory of the country for the protection of nature;
. To conduct studies for the preservation and development of pure genetic funds, plant wealth
(woody, shrubby and herbaceous), animal wealth, etc.
 Contribute to ecosystem services in the natural environment, as an innovation that
recently in our country.

MAIN ACTIVITIES
Since its establishment (2010), the Southern Environmental Association “ÇAJUPI” has participated in several
projects such as the study, design and implementation of green areas in the city of Gjirokastra
(premises of 9-year and high schools of the city, road greenery within the city and
ring), “Viroit” artificial park, increase of forested areas by planting in Dropull communes
Siperm (2012), Picar (2010 and 2012), Labove e Kryqit (2013) and Ballaban-Permet in 2012.
Has implemented several education and awareness projects in 9-year schools “Koto Hoxhi” (2011-
2013), “Naim Frasheri” (2012-2013) and Dervicjan (2013) on environmental protection and the addition of
green areas in the premises of schools and urban centers.
He coordinated the work with the Associations of Users of Municipal Forests and Pastures in the Region of
Gjirokastra for the prevention of forest fires and pastures (a very widespread phenomenon in the Region of
Gjirokastra) and environmental disasters caused by fire (2012-2014).
He has worked with awareness projects to increase public opinion in rural areas in the basin
Drino River water collector, not to throw urban waste near the bed of streams and branches
and on the Drino River bed (2011-2013).
In the last five years he has collaborated with the Institute for the Preservation of Nature (INCA) for the implementation of
eco-museum project in the Vjosa basin, in the Permet-Kelcyre area (2012-2013).
In the last three years (2015-2018), he has developed three projects: For the protection and promotion of values
natural in Viro Park, Proclamation and drafting of the project for Zagori Regional Natural Park.
In two phases in both areas, the project “Promotion and advocacy of sustainable management” was implemented.
natural resources and values ​​in protected areas ”National Park“ Bredhi i Hotoves Dangelli ”and
Nature Monument ”Sotira Fir with REC and Saudi Government funding under the Network
“For the Protection of Nature”.
In 2018, in a period of 6 months, he realized the project “Green school environment, life-giving
for us “in Dervician school, Dropull municipality, financed by the Agency for the support of the Company
Civil (AMSHC)